Engineers are always experimenting with new technologies. We embarked on the frontier of new and exciting technologies earlier this year when we formed the "Tinman" team to build our Bare Metal offering on CenturyLink Cloud.

Bare Metal has a few moving parts, but the main piece is the "Tinman" web application that manages our pool of physical servers. Faced with the overwhelming decision about which technology should power this app, we ultimately decided to use Microsoft's new ASP.NET 5 + DNX runtime.

We have been using this bleeding-edge technology for over six months and want to share our experience so far. This post is the first in a series of posts which will include:

In this first post, we will cover the burning question: "Why the heck did they pick ASP.NET 5?"

I'll answer that in two parts. I'll go over the factors we use when picking a project's technology, and how we utilized that data to ultimately choose ASP.NET 5.

How to decide on a technology

Teams have to weigh several factors when choosing a project's underlying technology. Some factors are technical and others are organizational.

The technical factors include:

The organizational factors include:

So how did these factors influence our decision?

Our intuition about many of these factors made ASP.NET 5 an attractive option to try versus other potential options like Node.JS or GO, which some of our other teams actively use and like.

If I retro-fit our intuition into the rubric above, it would go something like this: 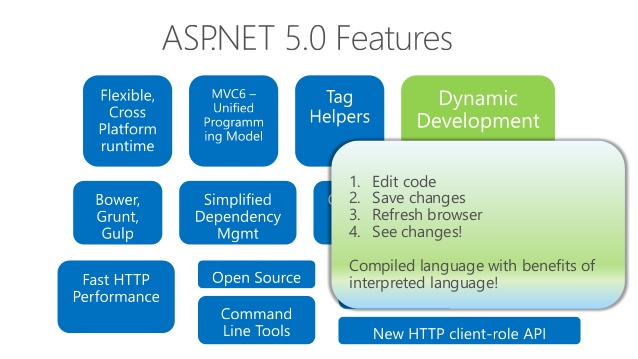 Given all of those factors, ASP.NET 5 provided an attractive, balanced option. We could use the team's expertise, code on tools we love, learn something new, AND run on Linux! What's not to love?

Stay tuned for our next post on how our wildest Linux dreams didn't come true.