How CenturyLink is Working to Become a Tech Employer of Choice for St. Louis 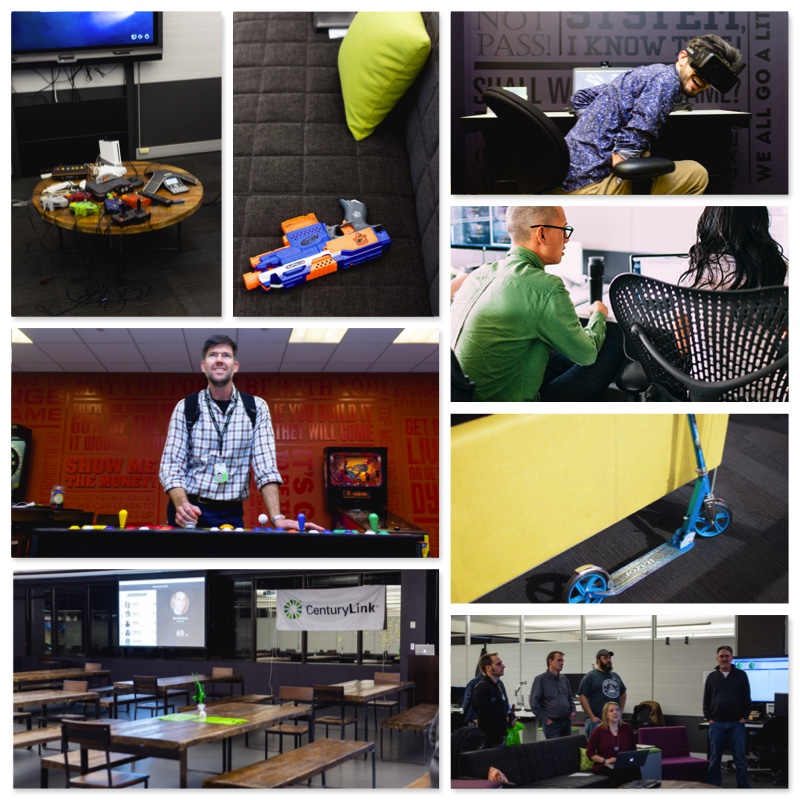 When you think of tech-heavy ecosystems, St. Louis might be one of the last cities that comes to mind. However, the tech industry is growing exponentially in St. Louis and the surrounding areas. In the last decade, young people have moved to St. Louis in droves compared to the prior 30 years. The net migration of people between the ages of 25 - 29 grew from a loss of 28 people for every 100 in the 1970s to a gain of 35 people for every 100 in the 2000s. Tech-based jobs have flourished with this migration. The tech realm in St. Louis varies. Just a few of the local tech start-ups include: aisle411, LockerDome, and Hatchbuck. The city is also home to heavy hitters like Square, Ungerboeck, and CenturyLink, all of which have major technology-based offices in the St. Louis area. With the growing tech ecosystem comes the challenge for employees to create a culture which attracts young, tech-savvy employees. How does a telecom, for example, become a leader in cloud? CenturyLink has provided the blueprint by transforming the way it does business.

Inside the Culture of the STL Cloud Development Center

Along with strategizing its tech-based acquisitions and altering its culture, CenturyLink announced another milestone in its long-term tech vision by opening a Cloud and Managed Services Development Center in St. Louis on March 3, 2016. With this opening, CenturyLink created a collaborative, open work environment, which is home to an engineering-driven culture of innovation inspired by DevOps methodologies and Agile production cycles. When asked about the rationale behind the new space and the culture they wanted to generate, senior leadership said they believe that DevOps is not just about the culture, it also has to be complemented by the tools and the facilities. CenturyLink believes that making great technology services requires a commitment to collaborating through teamwork.

So, they dismantled the interior of the building and tore it back to the studs. They rebuilt the former "cubical farm" to a layout one patterned on DevOps, one that enables teams to work collaboratively in groups. There is also plenty of room to host customers providing their input.

What Makes up this New Workspace?

Team rooms, organized by function. The majority of the space is dedicated to “team rooms” – large, open rooms where employees are grouped by work stream (platform team, application services team, service engineering, etc.). As teams build new features and push them to production, all the people they need to interact with are literally a few feet away.

Desks suited to pairing. Pairing is a powerful tool for distributing knowledge across an organization – and wide desks are usually needed so that people can sit shoulder-to-shoulder and maximize the collaboration.

Built-in collaboration spaces. Each team room is outfitted with touchscreen smartboards and whiteboard walls. That allocation of space gives people the opportunity to start drawing and illustrating an idea, problem, or scenario. They are even whiteboards in the hallways. Sometimes it's the hallway conversation that becomes the most important. Several scooters are on the premises for ease-of-navigation down the long hallways.

Having fun is just as important as working. It’s easy for employers to say that work should be fun. But how do they show it? At the Center, team rooms have embedded speakers in the ceiling so everyone can listen to music during the day. There’s even satellite TV in each team room, as well as in the large shared spaces. And of course, there’s a dedicated gaming room and a small gym area when it’s time for a much-needed break.

What Does the Team Say about the Culture and Work Environment at CenturyLink?

"I work here because it’s the coolest place in St Louis to work. We have a casual work environment, talented people, fun atmosphere, and individual team autonomy." --Lane Maxwell

"I have a special love affair with RobotCoffee. Every day, I make two trips to visit it. Sure, there might be a line in the morning, but it's worth it. Aside from the opportunity to chat with co-workers, I'm rewarded with delicious coffee, the way I like it: freshly ground, robust, and black." --Ben Swoboda

"It's energizing to be surrounded by people who are great at what they do." --Dana Bowlin

"The new Developer Center provides a collaborative environment that breeds innovation, with everything you need to get through your day in one spot. And scooters..." --Traci Yarbrough

"The company caters lunch twice a week (Tuesday and Thursday), we even have a Trello board for lunches. The other days of the week the choices are grab a bite out, go down to the cafe, bring your lunch, or grab something from the E-Mart, where the company loads each employee account with funds weekly. All that's needed to check out at the register is your thumb print. We work in team rooms, but we all eat in the dining area, which we've named (Joe's Tavern). This part of our culture is pretty cool. Having lunch together allows for collaboration and communication with others product teams (some of which your product may have dependencies on). And everyone likes free food. And cookies...there's almost always cookies!" --Brian Felton

"We are literally changing the way businesses operate." --Darren Simmonds

One of the more innovative ways that CenturyLink has tapped into the young tech pool is through hosting both technical and community events throughout St. Louis.

CenturyLink focuses on educating customers in practices such as DevOps or how to use CenturyLink tools more efficiently by hosting Meetups and hands-on CloudWalk events, which enable a fluid environment for sharing and gaining technology-based knowledge. The company also hosts other community events to foster a learning environment for children in the community. We host Girl Scout events and monthly Coder DoJo meetups for kids.

Want in on the Action?

Security is important. But not every team has the processes in place to make it happen. Building sec...