Easily issue power commands against groups of servers in the Control Portal. This makes it easy to quickly power off or reboot sets of servers with a single command. 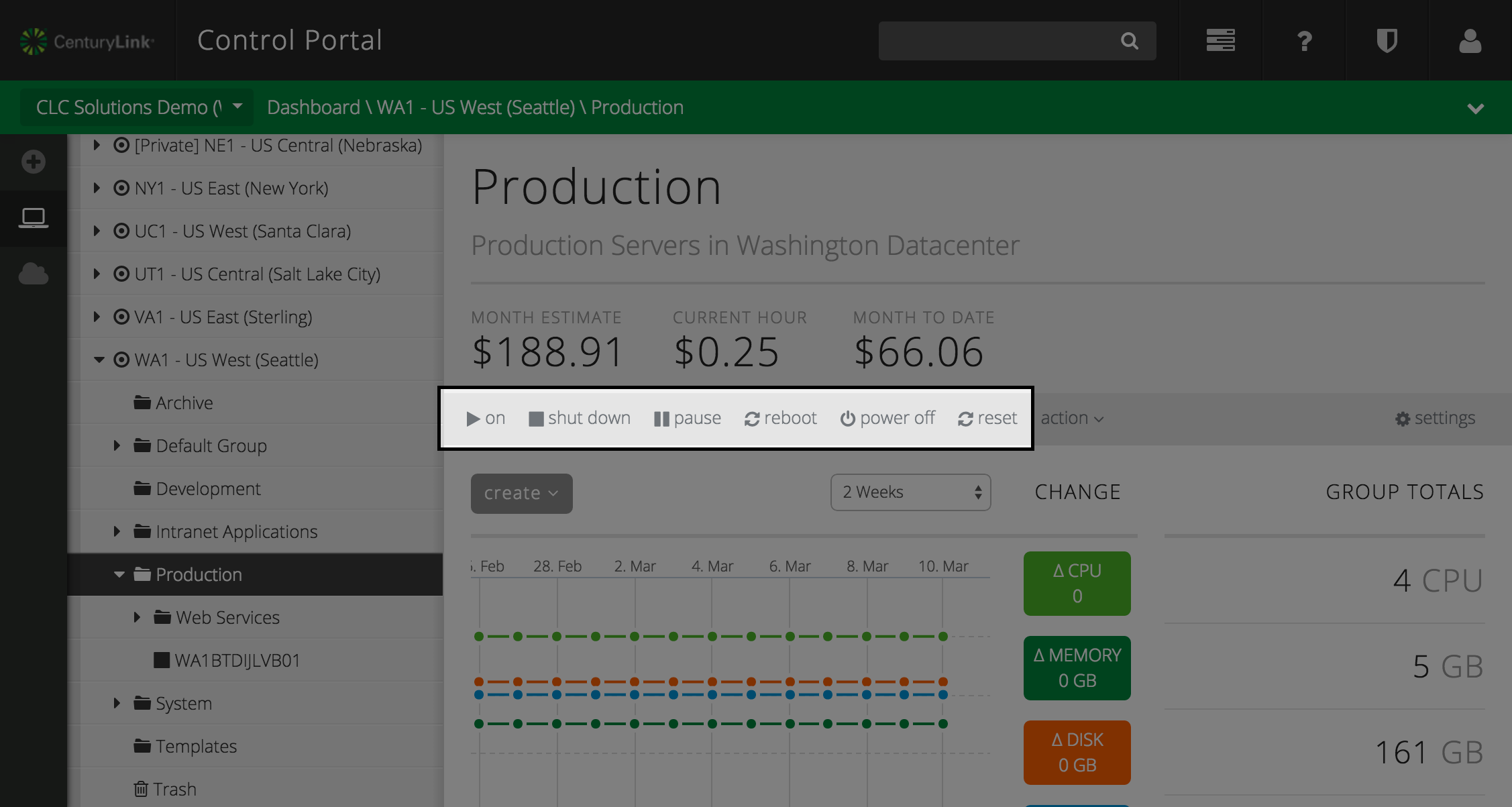 Applies to servers that are powered off. Initiates the operating system boot sequence. Billing charges for memory, CPU, and operating system (if applicable) start accruing, and monitors are re-enabled.

Initiates a graceful shutdown of the corresponding server or servers. Like the “off” power command, all memory and CPU charges cease, monitors are disabled, and the machine is left in a powered off state.

When a server is paused, its state is frozen (e.g. memory, open applications) and monitoring ceases. Billing charges for CPU and memory stop. A paused machine can be quickly brought back to life by issuing the On power command. Any applicable operating system charges continue to accrue while a machine is paused.

Executes a graceful reboot of the target server or servers. Unlike the forced “reset” power command, this instructs the operating system to initiate a proper stop and restart.

Applies to This is a forced shutdown of a server. It’s the equivalent of unplugging a physical machine. All memory and CPU charges stop accruing, monitors are disabled, and the machine ends up in a powered off state. Any operating system charges (if applicable) and storage charges continue accruing. If the server is moved to archive storage, then any applicable operating system charges cease.

Similar to the relationship between Off and Stop OS, the reset command is a forced power off + power on combination. It is equivalent to the reset button on a physical computer.

This command puts a server or servers into maintenance mode which means that monitors are disabled.