To address slowness and stability with the old/existing SSP, the back end of the portal interface was completely redesigned. Developers introduced an application programming interface (API) that can retrieve data from various sources (e.g., Vantive, MongoDB, etc.). Figure 1 shows the API hierarchy and the various interactions.

Figure 2. shows the various interactions, which include: 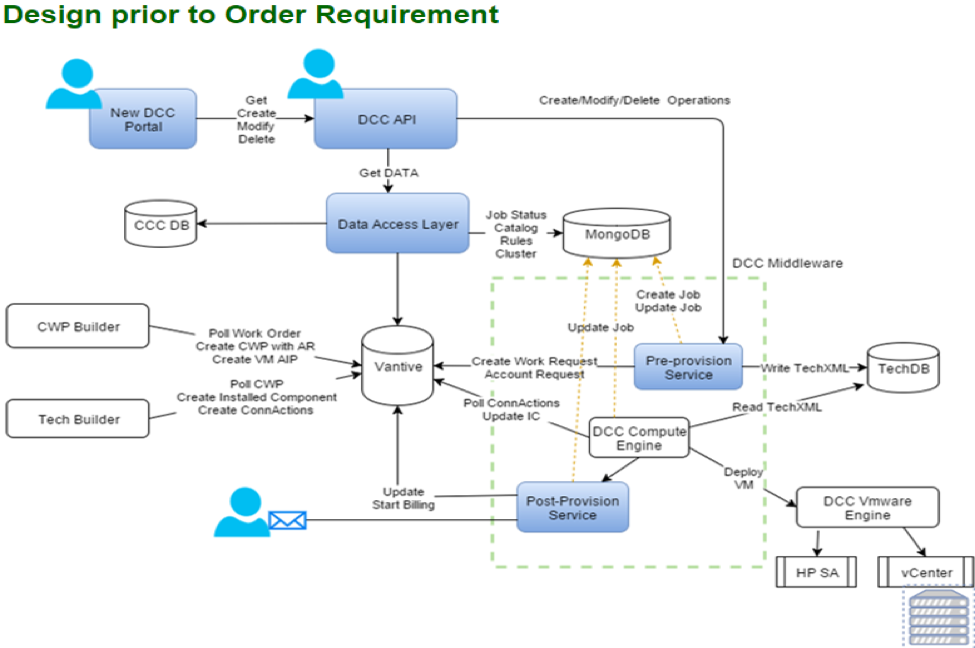 A final, fundamental change with the new UI is the replacement of "Carts" (i.e., Shopping Carts) and "Tasks" with the concept of "Orders".

Figure 11. shows an example in the old SSP where a user could create a "Cart" like you might have if you were on an e-commerce site like Amazon. This would allow you to put things in and take things out without buying (provisioning) them. For Lumen, it also allows companies to separate user rights where technical personnel might have the means to build out one or more systems, but authorization to spend money could be limited to someone in a manager or finance role.

The old SavvisStation Portal also used "Tasks" to show things that were going on in the environment. Figure 12. is an example of a reboot operation task.

In the new UI, Figure 13. shows how "Carts" and "Tasks" are replaced with the Orders view. From here, users can access Saved Orders, which would be akin to a "Locked Cart". They can also view Order Provisioning, which would show server and storage deployment tasks, and Server Operations, which would show things like power operations, add/delete disk, delete VM, etc.) 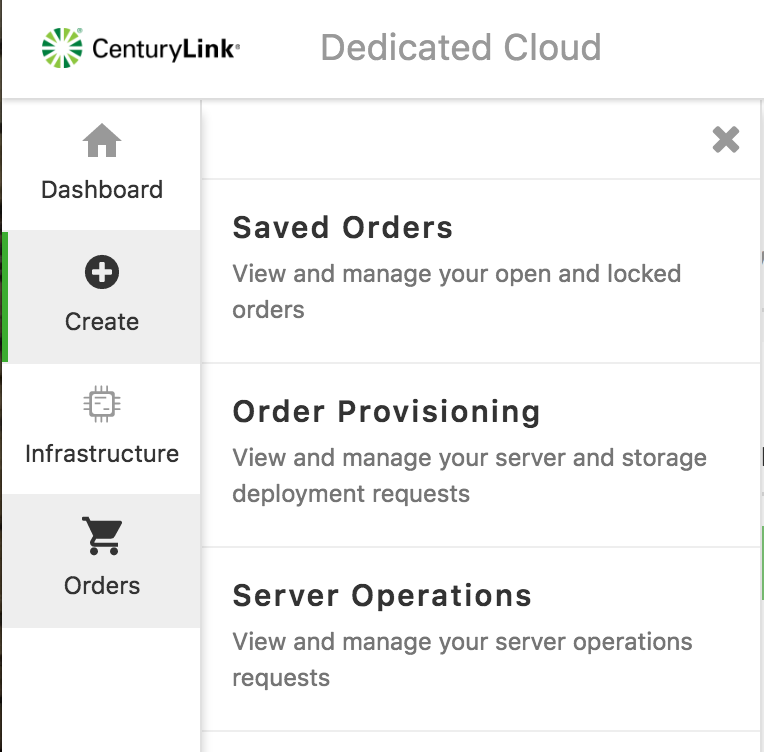 The DCC Product Team is planning an MVP release to select customers with the understanding that the new UI will not have complete feature-parity with the old UI. The core features most customers use will be available, which include:

The goal of the GA release will be to have complete feature parity with the old UI. As such, there are several features development teams will need to create after the MVP release. These include: