Understanding the Difference Between Templates, Blueprints and Packages

This article can be helpful to differentiate between Templates, Blueprints and Packages - all critical elements of the Lumen Cloud orchestration system we collectively call the Blueprint Engine.

A Template is the basic model from which each Server gets created. The platform has a number of Global Templates which are replicated to all Nodes, and in addition customers may create their own Custom Templates.

Marketplace Providers can also submit their technology as a Partner Template which can be used as the basic model for a virtual appliance deployment. Creating servers from Partner Templates is in an early beta release but can be invoked by customers using Service Tasks. 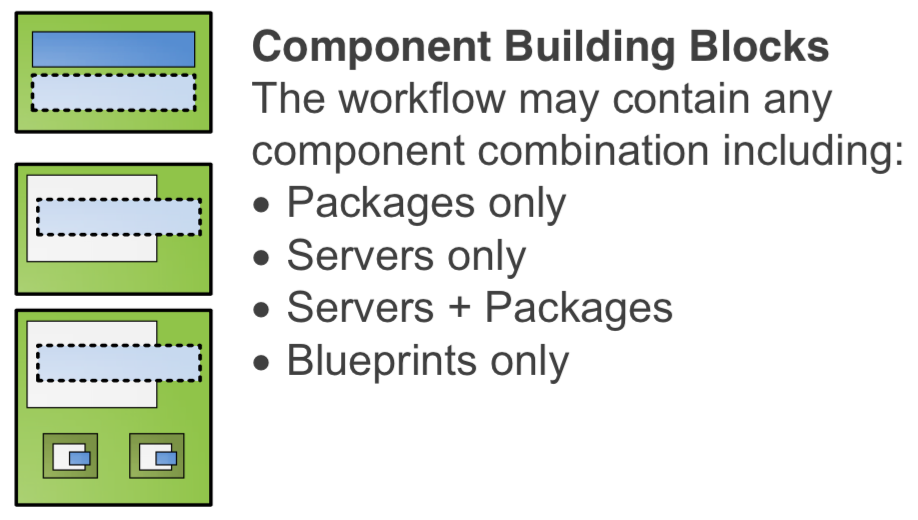 A Blueprint is a saved workflow that can be defined and re-played at any time on the platform. During the Blueprint design process, customers do not incur billable costs. Customers are simply creating a workflow plan that orders steps across three categories: (1) cloud provisioning tasks; (2) software package installs; (3) script package execution. Users can add and reorder steps to the workflow as needed. Customers can define incredibly complex environments and invoke them at any time with single-click simplicity. The platform will also estimate the running costs of the Blueprint once deployed. 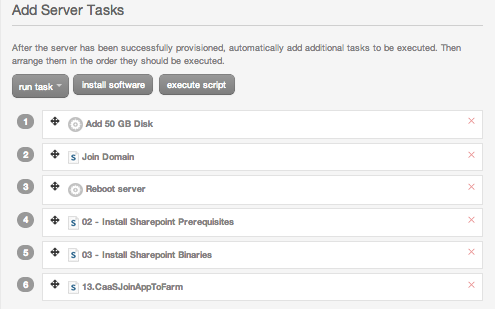 Blueprints are the perfect model for SaaS providers bringing on a new customer in a "hosted private" model. Create a sub account, single click deploy your SaaS app Blueprint and the new customer is online and billing.

Blueprints are also ideal fits for creating server environments to support a software development lifecycle stage. From test/dev/QA/Prod, any app stack you are running, make it a Blueprint, single click deploy to spin up a new copy of the app stack for testing or QA and tear it down when you’re done or deploy it to production.

Packages are invoked software which customizes a Server Template. Packages come in two types: Software Packages and Script Packages, each can be called from within a Blueprint or applied directly to the Server via the Control interfaces such as the Create Server screen or the Group Management screen.

Image 4 - Script packages can be applied to Blueprints, new server builds, or a group of existing servers.