As the leading provider of online retail intelligence solutions for manufacturers, distributors and retailers, Channel IQ gives its customers the real-time pricing and promotion information they need to profitably handle channel issues and competitive situations.

Based in Chicago, Channel IQ develops solutions based on cutting-edge technology combined with decades of management experience in channel management, distribution, online retail and manufacturing.

Transforming to a Software-as-a-Service Provider

Channel IQ’s mission to provide “the easiest access to the best data” made the company a perfect candidate for an on-demand cloud delivery model. Transforming its traditional software offering into Software-as-a-Service (SaaS) for its customers would help Channel IQ seamlessly deliver that valuable information quickly to new customers.

The company needed to migrate its existing application architecture to a secure, scalable cloud platform. A platform that would enable it to scale its customer base without costly re-architecting of its application, and without having to manage the complexities of the cloud platform. “We wanted to focus on our customers and their data management, and delivering a great application and experience,” says Wes Shepherd, Channel IQ CEO. “We are building a SaaS platform and a new business model — the last thing we want to do is worry about the underlying platforms and infrastructure.”

As the company evaluated its options, however, it quickly found that several core pieces of its technology would be difficult to migrate onto stock managed service infrastructure or cloud configurations. Seeking unlimited scalability and 100 percent uptime on a cloud platform, Channel IQ hit a few stumbling blocks during its search for the right cloud provider. Solutions from all of the leading cloud players were pre-tested, but none met the firm’s requirements of serving up mission-critical, data-intensive production applications.

“We spent a lot of time looking at numerous solutions but we were continually limited by database layers,” says Shepherd. “Ultimately, we wanted to be able to scale our business up to any degree without having to worry about buying and maintaining hardware, and licensing software.” Shepherd was looking for the flexibility of the cloud, but the scalability, performance and security of traditional enterprise offerings.

When Shepherd and his team discovered Lumen’s cloud platform, they knew they were looking at a solution that was much different than those that had failed the pre-testing process. Not only did the platform meet Channel IQ’s scaling and uptime parameters, but it also provided levels of flexibility and database-level performance that no other cloud solution could match.

“We’re a high-speed, data-driven company,” Shepherd says. “The last thing we can afford to have is any level of latency in terms of data delivery to our customers.” Leveraging its native platform’s high-performance cloud storage architecture, Lumen’s enterprise platform also passed the database storage and performance tests that other providers failed. This was a critical point for Channel IQ, which currently stores 8-9 million pricing data records a month, and expects that number to multiply quickly as the firm grows. “The server throughput with Lumen Cloud was much more consistent and faster than our existing, dedicated servers,” says Dan Czerwinski, vice president of engineering, “and a big improvement over the environments we evaluated.”

Channel IQ operates in an environment where they have to bring new customers online quickly which can often require provisioning a lot of different technology. That ability has improved significantly as a result of as a result of Lumen Cloud’s usage. “We needed to enable new customer onboarding without worry for adding new hardware, software or bandwidth.”

Thanks to the cloud platform, Channel IQ is able to focus on its core competencies, which include data and applications management for its own users. The scale, timeliness and scope of Channel IQ’s data monitoring, as well as its purpose-built channel management applications, deliver the data to the right people, at the right time, and in the format and context that they need.

Channel IQ also benefits from Lumen Cloud’s built-in disaster recovery model, which produces nightly “snapshots” of the firm’s production servers, and then stores the snapshots at servers in a different state. The disaster recovery came as part of Lumen’s cloud platform, and required no additional investment or equipment on Channel IQ’s part. “A lot of vendors were charging extra for this service,” says Shepherd.

As Channel IQ continues on its growth trajectory, the company plans to expand its relationship with Lumen by conducting performance tests on high throughput disc systems. “We expect to grow quite a bit over the next few years, which means the amount of data we acquire and store will also grow,” says Czerwinski. “As both Channel IQ and Lumen expand, we will be partnering up to solve a number of complex issues and challenges in the area of scaling and storage.”

“The Lumen Cloud platform provides the speed and performance, enterprise level security, and availability in a mission-critical environment that we can trust.” 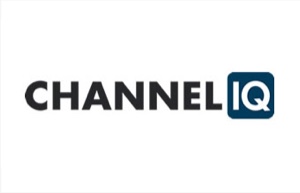 Operating in a fast-paced, data-driven environment where customers need critical information at their fingertips, Channel IQ needed a flexible cloud platform that could enable them to take their traditional software and deliver it as a service (a SaaS)in the cloud. They needed the ability to add new customers instantly, enterprise-level security and availability, and scalability to meet growing needs.

After testing a myriad of solutions, Channel IQ selected Lumen’s flexible enterprise cloud platform to help it achieve its goals of high performance, flexibility and enterprise-class security and availability. As part of the cloud platform, the company also gained access to Lumen’s built-in disaster recovery for business continuity peace of mind.

Not only did the platform meet Channel IQ’s needs to serve multiple customers in a secure cloud environment and exceed its scaling and uptime parameters, but it also provided levels of flexibility and database level performance that no other cloud solution could match.

Speak with a cloud expert

Ready to get started with Lumen Cloud?
Get in touch with our sales team today!