Obeo Runs its Entire Business on the Lumen Cloud

Remove the high costs of investing and maintaining infrastructure, especially with the uncertainty of customer demand. Take advantage of the Software-as-a-Service (SaaS) cloud model and consume resources on an as needed basis, scaling automatically to meet demand spikes or lulls with Lumen Cloud.

Whether you are an enterprise looking to move existing on-premises applications to the cloud, or an application vendor evaluating a cloud platform for deploying a new application or SaaS offering, Lumen Cloud has a solution that's reliable, secure and cost-effective.

In the virtual tour industry, Obeo is a leader in using technology to get homes sold fast. In addition to its virtual tour technology, the company offers marketing, sales and syndication expertise that users rely on to sell their homes with less effort and hassle. Among Obeo’s unique tools are its vStager virtual staging and redecorating tool, which allows buyers to see what specific homes would look like with different wall coverings, paint and flooring as well as different furniture styles. Cutting-edge technology plays a critical role in Obeo’s operations, and supports everything that it does. Its image database alone is populated with over 10 million files that are accessed and uploaded by millions of visitors and users who rely on the site to publish virtual tours and sell homes.

At first, Obeo tried to cover the IT bases on its own. “We attempted to be experts in the hardware side of our company to support our true core competency of ideation and interactive web development, but we ran into numerous problems supporting the hardware. This actually sucked capacity out of our creative and web development core competencies,” says Glade Jones, Obeo’s co-founder and CEO. After several outages and critical data losses, the company went in search of a third party to protect, manage and host the company’s crown jewels.

“There have been times when I needed immediate help, and I had an answer to my inquiry to Lumen literally within seconds.”

Building from a Comprehensive Cloud Platform

After shopping around for solutions, Obeo selected Lumen for its comprehensive enterprise cloud platform, which runs all of the virtual tour provider’s mission-critical core business applications in a flexible environment. This enables them to focus on their core business and agile development (meeting customer demands faster).

Lumen hosts Obeo’s entire, live production environment and back office systems on the cloud, which comprises 25 different servers. Customer-facing web portals and applications — such as the 360-degree virtual tours and vStager — are run on the Lumen Cloud platform, leveraging Microsoft SQL Server Clusters for high availability and scaling. Alongside Lab and Development environments, Lumen runs Obeo’s mission-critical back office applications such as accounting functionality and its Exchange and Active Directory servers — the heartbeat of 50,000 plus agents who count on it for critical messaging.

With user traffic growing year over year, and new features and software updates being released constantly, Obeo possesses an agility that no other virtual tour provider can touch. By integrating Lumen’s Cloud into its operations, the company can rest easy knowing that its mission-critical applications are stable and flexible enough to handle real-time demand with inevitable spikes and bursts.

“Our entire business depends on Lumen Cloud,” says Andy Evans, Obeo’s founder and CTO, “it pretty much runs everything for us, so that we don’t have to.”

To make testing easier for Obeo, Lumen also manages programmer source code and Obeo's lab and development environment, which resolves any hardware compatibility issues and also enables the flexibility to spin up environments as needed. As a result, the company can conduct constant development in an agile, flexible environment where it can be assured that customer demands will be met and exceeded before they go live.

“All of our development takes place in the Lumen Cloud lab environment,” says Evans, “where we can make sure everything works before it’s ready to publish to our production servers.”

Benefits of an Enterprise Cloud Deployment

For Obeo to duplicate what Lumen Cloud provides, the company would have to buy software licenses, purchase hardware and dedicate expert technology employees to architecting and managing the system. “Lumen took the IT off of our shoulders, and expertly manages our technology infrastructure and critical communication tools,” says Jones, “while letting us concentrate on what we do best.”

Obeo’s relationship with Lumen runs deep. The two companies have worked together to hone the virtual tour provider’s platform and ensure that it continues to meet the needs of the growing firm. “There have been times when I needed immediate help,” says Jones, “and I had an answer to my inquiry to Lumen literally within seconds.” Evans says Lumen’s web-based management control panel allows him to run the firm’s network and various servers, and gives him the power to beef up specific servers and create new ones on the fly to manage a new marketing campaign, for example. “Being able to do that quickly, from the management control portal makes my life a lot easier,” says Evans.

Through the Lumen Cloud implementation, Obeo was able to replace its internal phone system with one that is managed on the platform. “We were dealing with some pretty severe network challenges, and the new Lumen Cloud platform eradicated those challenges,” says Evans, who enjoys the fact that Lumen picks up on challenges and issues before the Obeo team even catches onto them.

“Many times, they know about the problem before we do,” Jones adds. “The typical Lumen response is, ‘We are on it, and it will be fixed shortly.’ That level of support is invaluable when you’re like us, with thousands of clients relying on your system.” 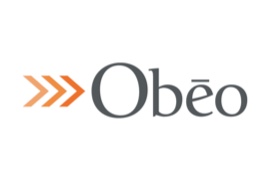 Obeo is a real estate marketing firm that wanted to focus on its core competencies, and not on maintaining hardware and software. After several outages and data losses, the company realized that it wanted to concentrate on providing top-notch virtual tour services to the real estate industry, and not be distracted by the daily grind of managing its own IT environment.

With user traffic growing significantly year over year, and new features and software updates being released constantly, Obeo now possesses agility that no other virtual tour provider can touch. By integrating Lumen’s Cloud into its operations, the company rests easy knowing that its mission-critical applications are stable, and flexible enough to handle an on-demand requirements with associated spikes and bursts.

Speak with a cloud expert

Ready to get started with Lumen Cloud?
Get in touch with our sales team today!