Getting Started with CAM Integration Guide

Learn how to create a Managed Application within CAM; one that would be supported and managed by Lumen. At the time of writing this article, this is intended for internal users of Lumen and most specifically those familiar with Managed Services Anywhere. As the process is refined, the creation of Managed Applications will be expanded to a wider audience. This includes customers wanting their custom applications managed by Lumen.

Configure Script Box for Your Application

We suggest, from experience, to develop the installation and configuration of your application in a script box that could be deployed independently of being managed. Following this practice allows for taking existing applications developed in script boxes and applying the following steps to make it a Managed Application.

So, that is what we will do for simplicity of this article; I will use an existing script box available in CAM. I will use the MongoDB Server script box.

Now that my work here is done, let's move on to the next step.

Note: Create your policy in the same workspace as you created your managed application script box

Clicking on the Policies link on the left which will render something like the following.

Go ahead and click New, which will show a pop-up modal. Here, enter a name and description. Take note of the name as it will be used later. 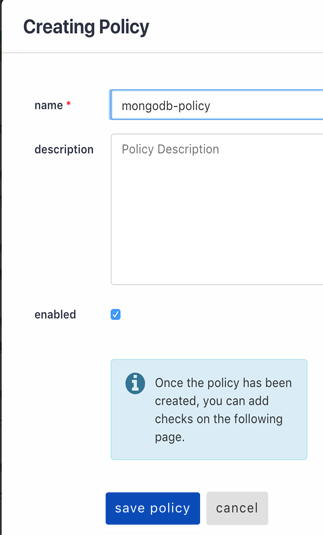 Here's our new policy with no checks currently. I'll just be adding a simple check. Go ahead and create all of the necessary checks for your application. The Check Catalog is accessible from within the Policies tab of the Monitoring Site and provides a list of all the current check types that could be configured.

So, I added a process check. With your necessary checks in place, you can move on to the next step requesting use of the Managed Application script box.

Here you will need to request the Managed Services Anywhere's Managed Application script box to be shared to a designated workspace of your choosing. It will be with this script box you will be able to trigger the Make Managed process for applications.

Note: Both a Windows and Linux version of the Managed Application script box will be shared with your workspace.

For now, this has some back and forth via email until automation can be put in place. We found it important to make this available to you sooner rather than later. Links are provided within the Cloud Application Manager portal to open a ticket.

Here is example of the contents of the email:

Note: Be sure to have already created the monitoring policy before sending this email

The Managed Services Anywhere team will use their special powers to transform the policy into a JSON document that can be consumed and stored with a mapping to the simple application name provided. This way, whenever the application is deployed, this monitoring policy definition will be applied.

Expect to receive an email from Managed Services Anywhere, within 2 business days, informing you of this part of the process being complete. You will see the Managed Application script box in the workspace provided and with that you can complete the steps below. Additionally, the monitoring policy you created can then be deleted if you wish as the MSA team only uses it as a reference.

Here we will create another script box that will act as a container for our application installation/deployment as well as the efforts of make managed. Below is our new Managed MongoDB Server script box.

Note: Select the appropriate platform (windows/linux) implementation of the Managed Application script box for your needs.

Learn how to pass values to the Managed Application script box for making your application available for support by Lumen.

So, with all of that said, we will actually be using any lifecycle event prior to the pre_start to pass the appropriate values to the Managed Application script box. This is typically best suited to be done in the configure event of the parent script box: Managed MongoDB Server script box in this case.

Below is an expanded view of the boxes included in this script box and their respective variables for reference. 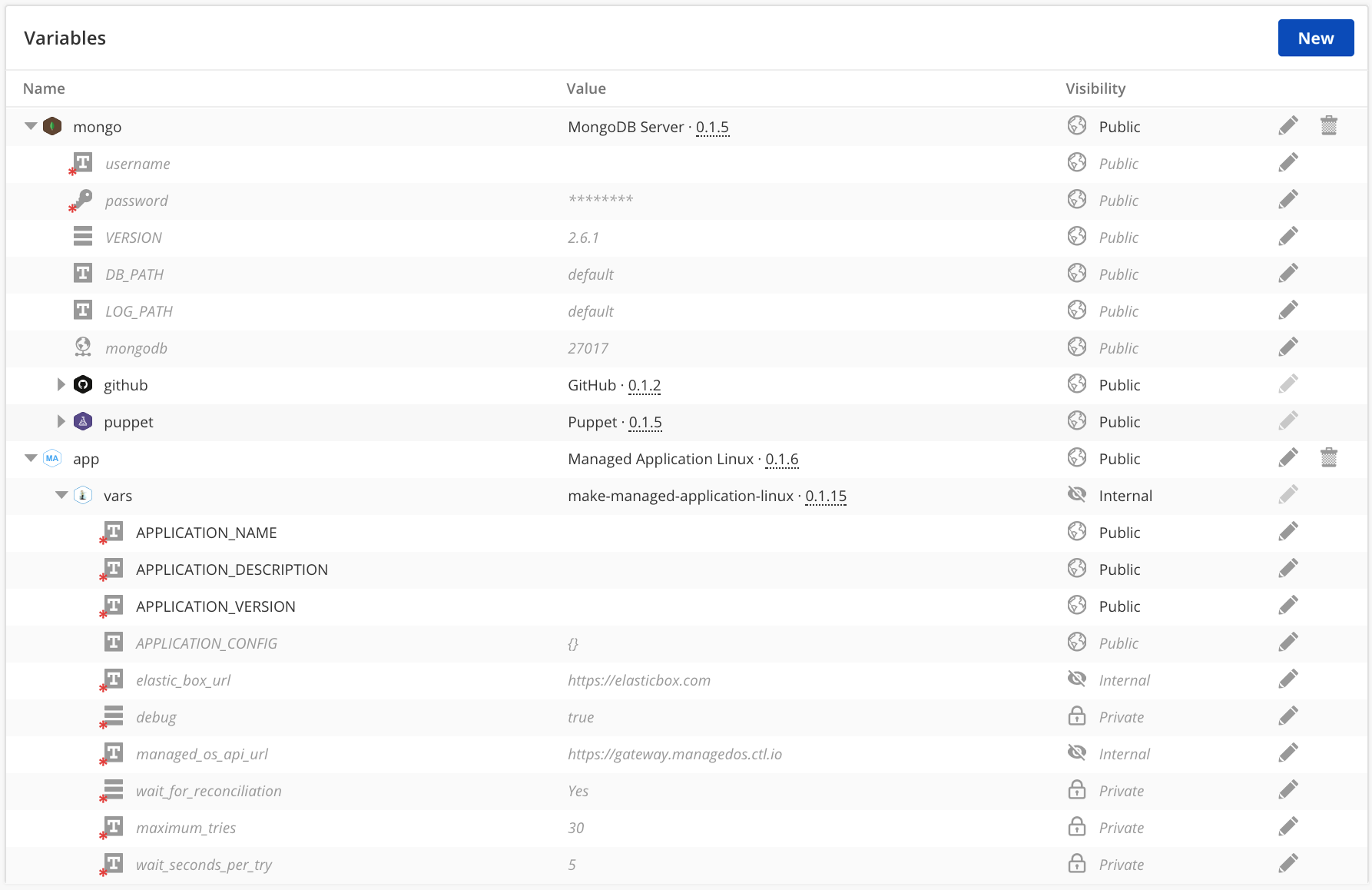 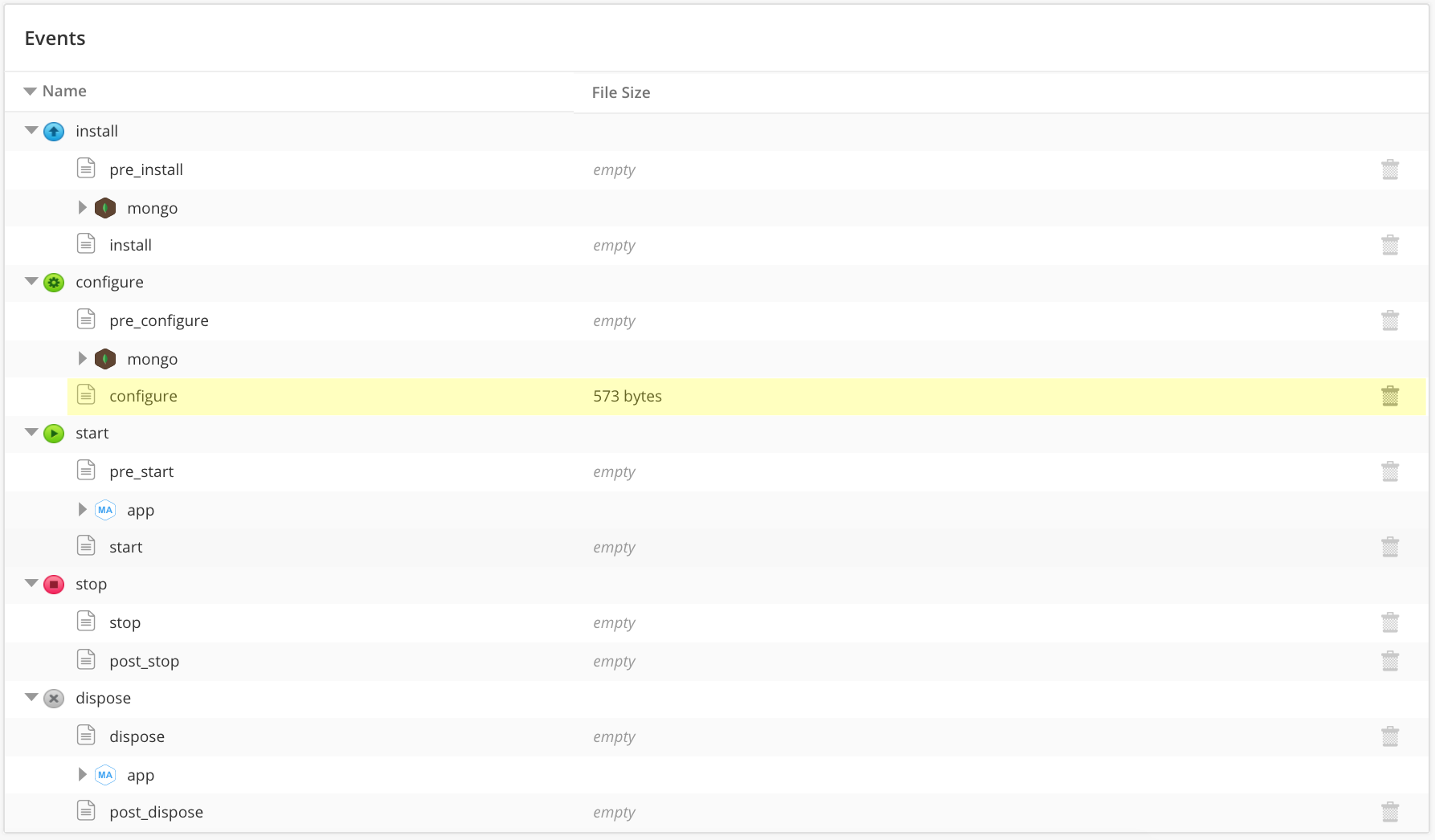 And you can see that I have populated the configure event with some code. Below are the contents of that lifecycle event:

Powershell Example (if this were windows):

The above scripts are essentially mapping values from the MongoDB Server script box installation over to the Managed Application script box. This is also where you might use your custom variables for overriding the default values.

The APPLICATION_CONFIG is intended for any additional metadata you wish to provide about the application that would be valuable for its ongoing support.

Also note the APPLICATION_NAME; this value is important as it will be used to map this application with its corresponding monitoring policy in the next step.

Learn to publish your new Managed Application script box to the public catalog.

This step can be done in parallel to the previous step of creating the monitoring policy. There is no need to wait for a response from MSA before publishing your script box.